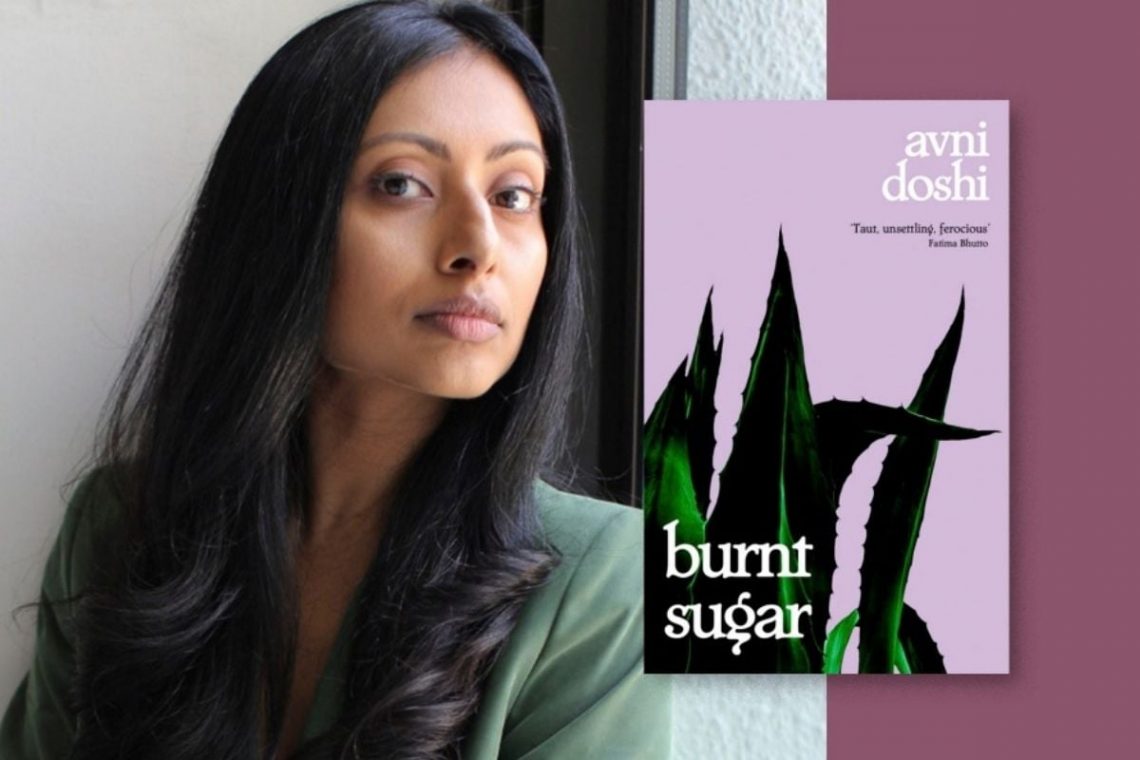 Avni Doshi was born in New Jersey in 1982. She studied Art History at Barnard College, and completed her MA in the History of Art at University College London. Before writing fiction, Avni worked as a curator and art critic with a specialization in contemporary art from South Asia. She has been awarded the Tibor Jones South Asia Prize and a Charles Pick Fellowship at the University of East Anglia based on her manuscript Girl in White Cotton. Her writing has featured in Harper’s Bazaar India, Art Asia Pacific and Frieze. Avni lives in Dubai with her family.

I spoke to author and Dubai resident Avni Doshi, who’s been nominated for the Booker Prize for her debut novel ‘Burnt Sugar‘. Avni was born in New Jersey, but often spent winters as a child in the Indian city of Pune, where her mother’s family are from.

The city is the setting for her novel, where the main character Antara must care for her ageing mother who’s experiencing memory loss from what’s suspected to be the early onset of Alzheimer’s disease. Tara had lived a rebellious and carefree existence, abandoning her marriage to join an ashram and pursuing a romance with a guru. Antara was neglected and abused as a child in the process; she then has to deal with the contempt she holds for her mother – while being forced to care for her.

The opening sentence of the novel sets the often caustc tone: “I would be lying if I said my mother’s misery has never given me pleasure”.

Avni told me she was amazed to be nominated for the Booker Prize, let alone to find herself on the shortlist of just five authors:

“It’s surreal. I didn’t think I would make it this far, for sure. I mean, even being on the longlist was just a huge surprise.

“I’d been working on this novel for more than seven years. So even to see it published, even to see it in bookshops, it’s felt like a huge accomplishment.”

The storyline is certainly original and very specific. I asked her where she got the inspiration from:

“A lot of it was imagined. i’m really interested in relationships between women, but also my grandmother was diagnosed with Alzheimer’s disease about four years ago.

“So halfway through the process of writing the novel, I brought in the Alzheimer’s component because I was doing so much research into the disease.”

Surprisingly, she was never a big writer before working on her debut:

“I was always a big reader and my background is actually in art history. But I always loved to read literature and in my 20s, I became quite interested in contemporary fiction.

“I don’t know what made me decide to write, but I just felt the urge.”

Despite this inspiration, she found the process of creation an uphill battle:

“Writing the book was really a kind of uphill battle. I didn’t know what I was doing. I have no training in writing. I never took a Master of Fine Arts (MFA) or any creative writing classes. So for me, the process was really my teacher.

“It was with each draught that I really learnt how to write. And it was really the mistakes that were the most generative in the whole process, because (they) showed me where I was going wrong and what I needed to improve upon.”

I asked her if she would do anything differently in the process and she answered immediately that she wouldn’t have been so stubborn:

“I think through the process of writing, it was really difficult for me to give up on certain aspects of the book. But, you know, there’s that old saying: “kill your darlings”.

“I would have learnt to kill my darlings a little earlier in the process!”

“I think I’ve always had a kind of outsider perspective for most of my adult life. I haven’t lived in the States since I was in my early twenties. And so I’ve always been sort of on the outside of whatever society I’ve lived in.”

Born in the US to Indian parents, spending her mid-twenties in India and now resident in Dubai, I was interested to know if Avni felt that this internationalism had helped her perspective in writing, or perhaps in making the story universal and relatable:

“I think I’ve always had a kind of outsider perspective for most of my adult life. I haven’t lived in the States since I was in my early twenties. And so I’ve always been sort of on the outside of whatever society I’ve lived in.

“I think that often gives you the perspective of an observer. So you can bear witness to the stories of others and I think that’s been really helpful to me.”

I was intrigued to know why she necessarily had felt on the outside in all those places:

“So even though in some sense I did feel at home, I also was outside of society in certain ways.”

Living in Dubai, Avni is very active in the Emirates Literature Festival, which she thinks is incredibly important:

“I think they do such great work promoting literature all over the region. They invite authors of international standing to come here and to speak and so it’s really great. I’m really proud to be involved with all the good work they do.

“I would love to see more grassroots efforts and I know that there are individuals, you know, working on things. So I’m excited to see what else is going to come up in the future.

Given Avni’s interest in grassroots, she thinks it’s very important for local authors to have a platform in Dubai:

“We’re kind of at a moment now when there are more and more young creative people living in Dubai. And it would be wonderful to have, you know, perhaps MFA programmes for them. It would be amazing to have more literary journals based in the region, based in the country.

“So I think there are things that we could do, maybe even residencies or fellowships for writers from abroad to come and live here and work with students here.”

Avni is passionate about literacy levels and aware that not every child in the world has had the advantages many of us take for granted: being taught to read and write, then having access to books.

“I think that really has to be at the forefront for any government and any society, to really encourage reading and writing. I think that’s the way that people have access to life and to improving their situation.

“I think especially in countries like India, it’s really important for literacy to be at the forefront of any kind of political platform.”

Avni is a role model to aspiring writers, especially female ones; with that in mind, I asked what her advice would be to anybody thinking of writing a book:

“Everybody hopes that there’s a particular method or maybe a course that they can take. But the most important thing is really just to sit down at your desk every day and to focus.

“I also think reading is probably the greatest teacher for writing; to see the work that those who have come before you have done. I think that’s really how I learnt a lot about writing.”

Avni finds it difficult to express what winning the Booker Prize would mean to her:

“I don’t even know how to wrap my head around it. I think it would still too big for me to fully fathom.